The AdCast is the podcast for aggressive advertisers and motivated marketers to increase their marketing, business, and entrepreneurship knowledge. Each episode Eric Elliott takes you on a journey to know and understand what keeps the top entrepreneurs motivated. Learn how these entrepreneurs go from an idea to achieving next-level business success.

Book a Call Be My Guest Recognized As A Top Business and Marketing Podcast

Learn from the top business owners and marketers from around the world. Jim DeRogatis is the man who first received the infamous R. Kelly sex  tape, breaking the story to the public. He was a music critic at the  Chicago Sun-Times in 2000 when he received an anonymous fax tipping him  off: Kelly, the tipster wrote, “had a problem with young girls.”  DeRogatis investigated that tip and found that multiple lawsuits had  been filed against Kelly accusing him of sexually abusing girls as young  as 14. He published a story that reported his findings in late 2000 —  and then he continued to publish follow-ups in the face of widespread  public indifference, as Kelly’s career continued to flourish. DeRogatis  soon became the person that people who knew things about Kelly sent tips  to. Two videotapes that appeared to show Kelly having sex with young  girls were sent to DeRogatis’s home in 2001 and 2002, and the second one  became the centerpiece of Kelly’s 2008 child pornography trial.

Jim  DeRogatis is an associate professor of instruction with the Department  of English and Creative Writing at Columbia College Chicago, and  together with Greg Kot, he co-hosts Sound Opinions, the world’s only  rock ’n’ roll talk show, an independent production heard on some 150  public radio stations nationally via PRX, as well as on podcast at  soundopinions.org. He spent 15 years as the pop music critic at The  Chicago Sun-Times, and continues to cover news and culture as a  freelance writer, including via contributions to The New Yorker

He  has now compiled the results of all his work — nearly 20 years of  investigative journalism — into a book, titled: “Soulless: The Case  against R. Kelly”, and it’s a damning indictment of not just Kelly but  also the system that allowed him to survive and flourish for so long

In  this episode, we discuss the timeline of R. Kelly’s sexual misconduct,  how Jim became involved with the investigation, the backlash Jim  received for investigating R. Kelly, the failure and corruption of the  United States Court System, the immorality of music labels, the  symbolism in R. Kelly’s music, the racial divide in Chicago, and the  many other alleged child-predator celebrities who’ve managed to slip  through the cracks

This episode is sponsored by
· Anchor: The easiest way to make a podcast. https://anchor.fm/app 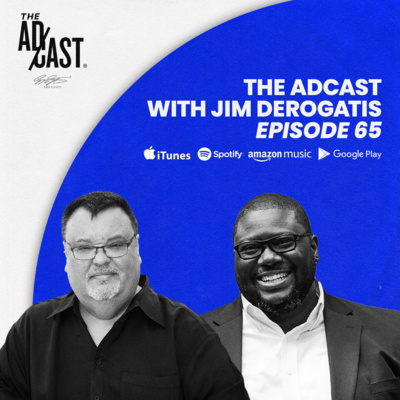